The US Medical Soccer Team completed its final team preparation for the 2013 World Medical Football Championships in Budapest, Hungary during the weekend of May 31 – June 2, 2013. The beautiful city of Indianapolis was the venue as the team took to the pitch at the Michael Carroll Soccer Stadium on the campus of IUPUI (Indiana University – Purdue University, Indiana) in downtown, Indianapolis.

The weekend brought an array of weather, from heavy monsoon rains on Friday afternoon to warm sunshine on Sunday morning. The team was able to get in a significant amount of work focusing on transitions from defense to offense and moving the ball into space. Coach Merriwether had a specific plan involving simple drills initially focusing on basic soccer skills, with an evolution into small game sessions, and then intra-squad scrimmages. Much was accomplished on the pitch in the first couple days of practice, and a scrimmage against a local 35-over rec team was arranged. “The Boomers O35” gave the US Medical Soccer Team all it could handle, and the game was an even affair throughout. The Boomers scored two goals in the second half and took the game 2-0, but USMST was able to practice many of their schemes against an excellent opponent.

On Saturday night, Coach Merriwether led a terrific film study session reviewing many of the games from the 2012 Championships in Sweden. This provided objective feedback to the team and allowed Coach to emphasize strategic points he hopes we can improve on in Hungary. Saturday night was also a fun evening as we held our team dinner at a local Italian restaurant and bonded in the midst of what turned out to be a fantastic weekend.

Overall, the time spent by USMST in Indianapolis was productive on and off the pitch, and will hopefully serve as a springboard for success in Budapest and beyond! 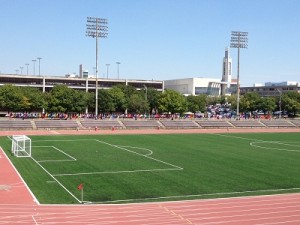 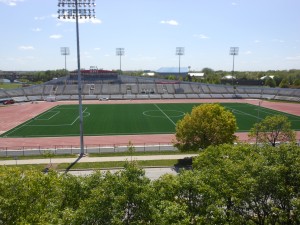 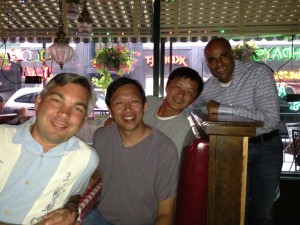 Tulane Crew at the team dinner 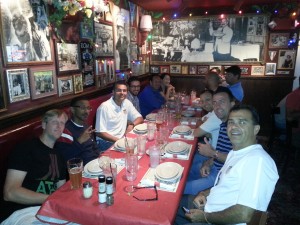 USMST bonds at the team dinner